Algorithmic disgorgement might sound like a phrase from a science-fiction horror film. In fact, it’s a new tool for regulators to address the consequences of autonomous systems, ordering companies to remove or destroy algorithms and models in their products based on data obtained unfairly or deceptively.

This is one of topics and papers to be presented and discussed at We Robot, an annual conference where scholars and technologists discuss legal and policy questions relating to robots and artificial intelligence. We Robot is taking place next week, from Sept. 14-16, at the University of Washington in Seattle, with a virtual option, as well.

It’s also an example of how the legal and regulatory landscape for robots, AI, and autonomous systems have changed in the decade since the conference was first held at the University of Miami in 2012.

“We’ve come very far,” said Ryan Calo, one of the organizers of the conference, a University of Washington law professor who specializes in areas including privacy, artificial intelligence and robots.

“First of all, there are many state laws related to robots, to drones, driverless cars, robot delivery, there are federal rules governing some of these same technologies. The industry itself has just grown year after year. It’s a multibillion dollar global industry. And many of the kinds of questions that we predicted over the years have, in fact, come up.”

Examples include questions of copyright involving AI tools that generate art, such as Open AI’s DALL-E; and the issue of legal liability in the handoff from humans to autonomous systems, which was a key question in a fatal car crash involving one of Uber’s self-driving cars in Arizona in 2018. Those issues were foreseen at WeRobot.

“Time and again, the kinds of issues that we’ve delved into it at We Robot within just a few years have appeared in reality,” Calo said at the outset of our discussion on this week’s GeekWire Podcast.

With that in mind, we get a preview of this year’s conference from Calo, delving into issues including the legal liability for the unintended consequences of autonomous systems; the evolving role of companies and industries in shaping the rules that ultimately govern them; and issues of safety, equity, and inclusion in a world driven by algorithms.

For all of their progress, robots still have a long way to go. After seeing countless demos flop on the first try, Calo jokes that he won’t worry about robots waking up and taking over the world until he sees one that works without restarting.

Yet he also continues to be drawn to their potential to change the world, and the questions they raise for the law and public policy.

“We always think of robots as being what’s next, what’s in the future, even though we’ve been living with them,” Calo said. “They’ve been in our factories, in the sky, on the ground, for decades and decades and decades. … But something about them signals the future to us, and I find that endlessly fascinating.”

Conclusion: So above is the Robot law: Public policy, legal liability, and the new world of autonomous systems article. Hopefully with this article you can help you in life, always follow and read our good articles on the website: Dipill.info 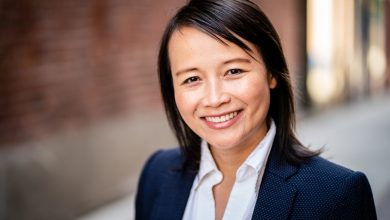 How the ‘7 Forms of Respect’ can change work, with Seattle entrepreneur and author Julie Pham The state of the tech economy: Takeaways from Amazon, Apple, Microsoft, Meta and Alphabet 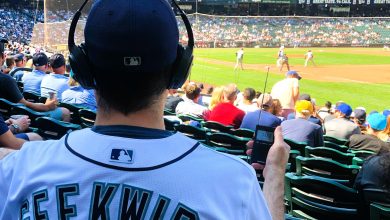 GeekWire at the Ballpark: AM radio vs. digital audio; robot umpires; and Amazon cuts the line