Collaboration between Linux computer and software firm System76 and HP is pushing for greater commercial adoption of open-source software and hardware optimized for Linux.

System76 and HP on Thursday announced a new premium computer line designed to attract a wider audience to the developer-focused HP Dev One laptop computer.

HP’s new Dev One, powered by System76’s popular Pop!_OS Linux distribution, empowers developers to create their ideal work experience with multiple tools to help them perform tasks at peak efficiency not available on other computing platforms.

Typically, Linux users install their preferred Linux platform as a replacement for the default Microsoft Windows on computers they purchase. Relatively few OEMs build their own hardware line and tune it for specific Linux offerings.

Denver-based System76 developed its own customized version of the GNOME desktop environment to help advance Linux as the future of computing. The company developed Pop!_OS after Canonical decided to stop the development of the Unity 8 desktop shell in 2017 and replaced its default desktop with GNOME 3.

“By bringing together our engineering, marketing, and customer support, System76 [and] HP are introducing HP Dev One to combine powerful hardware with optimized Pop!_OS for the app dev community,” announced Carl Richell, CEO, System76.

HP’s Dev One laptop has a stunning classic appearance that belies the Linux hardware and software customizations designed for developers.

“By working with System76, we are meeting this need and providing a premium experience with Linux Pop!_OS preinstalled to deliver the new HP Dev One. The device has features important to developers including an optional Linux keyboard tuned with a super key and designed to be more efficient at the core,” offered Stewart.

The companies hope collaboration will speed up the usefulness of Pop!_OS, pushing its boundaries beyond typical mainstream use for home and office computing. Pop!_OS development and innovation have always been a top priority for System76, noted Jeremy Soller, principal engineer at System76.

“We are working to develop new features and optimize current ones into Pop!_OS at a much faster pace than previously possible,” he said.

“While the company has certified its laptops for Linux for several years and offered Ubuntu as an option on some high-end mobile workstations, it mostly left installation and configuration chores to end-users. This new AMD-based solution and partnership with System76 changes that,” he told LinuxInsider.

The larger question, though, is how much of a market there is for an HP-branded developer laptop given other vendors’ longer and deeper involvement in this area. Consider that Dell has been delivering developer-focused Linux solutions for over a decade, King observed.

Dell offers XPS 13 and Latitude laptops and fixed and mobile Precision workstations pre-loaded with Ubuntu Linux and certified for Red Hat Linux. In 2020 Lenovo expanded access to its Linux-ready solutions that previously were only available as special orders to enterprise clients. The expanded product lines include over two dozen Thinkpad laptops, ThinkStation PCs, and ThinkStation Workstations.

A handful of specialty OEMs, including System76, complete in this space, observed King.

“Overall, this qualifies as HP moving from dipping its toe into the developer endpoint market to wading in up to its ankles. Depending on how it finds the water, HP may eventually take a deep breath and dive in,” predicted King.

The HP Dev One is a premium laptop built for coding. It is not designed for casual computing.

HP’s new Linux-based laptop is built for the way software developers work. It is equipped with an 8-Core AMD Ryzen 7 PRO 5850U Processor 1 and AMD integrated Radeon Graphics.

The multicore processor is designed to improve the performance of certain software products. Though not all customers or software applications will necessarily benefit from the use of this technology, noted HP. Performance and clock frequency vary depending on application workload, hardware, and software configurations. AMD’s numbering is not a measurement of clock speed.

The Dev One maintains HP’s classic layout with ample ports on both left and right edges of the 3.24 lb lightweight 14-inch mineral silver colored clam shell.

For software developers, however, the multicore performance allows coders to seamlessly multitask between IDEs and photo editing software all while testing their releases. The 16 GB memory supply provides transfer rates of up to 3,200 MT/s of speed and responsiveness for developers.

Birthing a Collaboration To Grow Linux

A group of engineers at HP approached System76 about the possibility of putting Pop!_OS on one of its laptop computers. After a few initial discussions, both companies saw a real win-win possibility if they worked together to bring Pop!_OS and Linux to a wider audience and allowed HP to move into a new segment, according to a System76’s public relations department spokesperson.

“The rest, as they say, is history,” the spokesperson told LinuxInsider.

But even casual coders and non-professional users can download the free open-source operating system without shelling out cold cash for a top-end laptop. The version of Pop!_OS that comes with the HP Dev One is the same version that will be available for download on the System76 website.

No specially altered software version is available. Users can freely download and install any Linux distribution. Linux runs on a variety of hardware configurations. It breathes new life into aging computers, especially those that no longer can run current versions of Microsoft Windows.

The added benefit Pop!_OS brings is its customized user interface (UI) that makes it simple and intuitive to use out of the box.

“There is no question that HP has an extremely far reach in terms of their audience. By bringing Linux into their portfolio as a viable option for their customers, it allows Linux and Pop!_OS to reach a larger audience as well,” said the spokesperson.

A Matter of Time

Only time will tell how successfully the HP-System76 partnership will advance the adoption of Linux. History shows that a lack of coordinated advertising and few major OEM providers of hardware preinstalled with Linux has slowed mainstream Linux desktop adoption.

“At this time, it is too early to say. We think it definitely ties into the above question, though, just in that a larger audience learning about the benefits of Linux will in time drive greater adoption of the platform,” according to System76.

But the collaboration with HP has really pushed System76’s ability to do this much further, offered the spokesperson.

The System76 POP!_OS is not a skinned version of Ubuntu GNOME as a replacement. It involves much more.

System76 has an impressive track record in pushing this customized Linux operating system to the forefront. It created a uniquely branded GNOME-based desktop environment designed for the company’s own hardware.

The collaboration with HP fine-tunes both hardware and software to make a computing platform not available anywhere else. Seasoned Linux users have many reasons to be attracted to POP!_OS’ integration of the GNOME desktop.

Selecting this unique Linux desktop emphasizes the continuing improvements System76 builds into the GNOME UI. The customized special features can make this collaborative endeavor a winning proposition for coders and related industry settings.

Pop!_OS version 22.04 LTS is designed to have a minimal amount of clutter on the desktop to eliminate distractions. The layout lets users focus fully on using it more productively.

The latest POP!_OS System76, released prior to the Dev One announcement with HP, added the ability to assign applications to run on a specific graphics card. Besides switching between Intel and Nvidia graphics, users can choose Hybrid Graphics mode. In this mode, the computer runs on the battery-saving Intel GPU and only uses the Nvidia GPU for user-designated applications.

Expanded keyboard shortcuts create a fluid experience. Not having to vacate the keyboard rows to carry out a mouse action is a refreshing approach to navigating the desktop. These new keyboard shortcuts let you launch and switch between applications, toggle settings, and much more. This should work well for coders.

Getting It and More

HP Dev One is available now with a starting price of US$1,099.

This laptop comes with full-disk encryption, Hall sensor, and ambient light sensor. It also has a dual-point backlit spill-resistant premium keyboard with a glass click pad and gesture support as default.

For more information or to order, visit hpdevone.com.

The POP!_OS distro is available for free download in two versions. One ISO is for Intel and AMD systems. A second ISO is for Nvidia graphics systems.

Both installation ISOs boot the computer into a live session that does not alter the existing operating system or the computer’s hard drive. It is installed from the live session with the click of a button.

Conclusion: So above is the Personal Computers article. Hopefully with this article you can help you in life, always follow and read our good articles on the website: Dipill.info 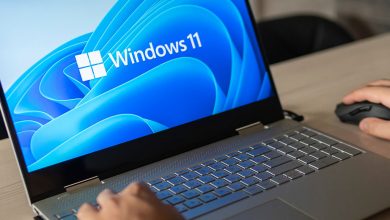 How To Configure Windows To Auto Restart After a Power Failure 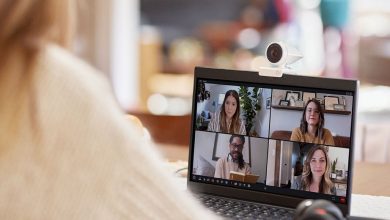 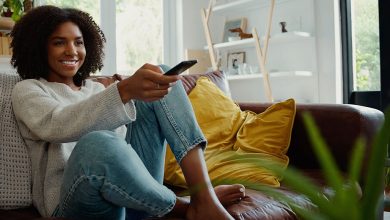