Using no-code technology instead of dedicated code programmers could become the future of software development in retail marketing and related software-building industries. But it is not a one-size-fits-all solution for all use cases.

No-code, an approach to creating software applications that require little in the way of programming skills, lets workers within a business create an application without formal programming knowledge or training in any particular programming language.

In a nutshell, no-code platforms enable users to create software applications such as online forms or even a fully functional website or add functionality to an existing site or app.

It is important to clarify that numerous different applications of no-code platforms exist, according to Christian Brink Frederiksen, CEO of Leapwork, a global provider of automation software.

No-code platforms are fairly new. So companies planning to adopt a no-code approach must thoroughly vet and test no-code tools on the market to make sure that the selected products live up to their claims.

“A lot of platforms out there today claim to be but are not truly no-code at all, or lack the power required to do what they say they’ll do without additional coding,” he told TechNewsWorld.

“At Leapwork, we have democratized automation with our completely visual, no-code test automation platform that makes it easy for testers and everyday business users to create, maintain, and scale automated software tests across any kind of technology,” noted Frederiksen. That enables enterprises to adopt and scale automation faster.

An obvious inquiry about no-code platforms should consider how no-code technology addresses security problems that plague both proprietary and open-source programming.

If well designed, no-code platforms can be safe and secure, Frederiksen said. When manually coding from scratch, it is easy to introduce bugs and vulnerabilities that hackers can exploit.

“Because the no-code platforms are designed to automate the creation of an app or perform a function in an automated way, they are inherently much more consistent,” he explained.

Of course, the no-code platform itself needs to be secure. Before choosing a solution, organizations should conduct a thorough security audit and opt for a solution that is ISO-27001 and SOC-2 compliant, he recommended.

No-code platforms are not primarily just for programmers or for IT coders to use in-house in lieu of outsourced software developers. Both use cases come into play successfully.

No-code platforms are certainly useful for IT coders and programmers, but the primary value of a no-code test platform is to extend the capability to create and test applications to people who are not trained as software developers, offered Frederiksen.

For example, Leapwork makes it simple for testers and everyday business users to set up and maintain test automation at scale. This empowers quality assurance teams to experience shorter test cycles and immediate return on investment.

Speeding up testing is a huge benefit, noted Frederiksen, because hand-coding creates a big bottleneck, even for an experienced DevOps team. While testers are extremely skilled at designing tests and understanding the underlying complexity of software, they are not traditionally trained to code.

He offered a good example.

Claus Topholt, Leapwork’s co-founder and chief product officer, worked at an investment bank before joining Frederiksen to found Leapwork in 2015. Testing was vital because the bank depended on high-volume rapid trading. If software quality was poor, it could literally cause the institution to go bankrupt.

“Claus decided to build a simplified programming language to build tests so that the testers could set them up, speeding up the process. But he quickly discovered that testing and programming are totally different domains, and, frankly, it’s not fair to force testers, who are already highly skilled, to learn the extremely complicated skill of programming,” explained Frederiksen.

During a discussion with the testing team, Claus and his colleagues started to use a whiteboard to draw a flow chart. Everyone immediately understood what it meant.

The flow chart was such a simple, clear way of expressing something complicated. So, it was obvious this model was the way forward for enabling testers to create their own sophisticated tests without coding.

“The lesson was, if you give testers something as intuitive as a flow chart to create automated tests, you’ll save a lot of time and remove bottlenecks, as you’re not relying on the time and expertise of developers,” said Frederiksen.

Claus left the investment bank to found Leapwork and created what became a no-code platform. They built a visual language that enables business users to automate testing using a flowchart model. “It democratizes automation because it is so easy for non-coders to use and maintain, which in turn empowers businesses to scale their automation efforts and accelerate the development process,” Frederiksen said.

Headquartered in Copenhagen, Denmark, last year Leapwork raised $62 million in the largest-ever Series B funding round in Danish history. The round was co-led by KKR and Salesforce Ventures.

Leapwork is used by Global 2000 companies — including NASA, Mercedes-Benz, and PayPal — for robotic process automation, test automation and application monitoring.

We asked Frederiksen to reveal more details about the inner workings of the no-code solution.

TechNewsWorld: How can companies add automation into their testing processes?

Christian Brink Frederiksen: One way is to incorporate automated tests as an integral part of moving from one stage of the release process to another.

For example, when a developer checks in code to the development server, a series of automated tests should be triggered as part of the same process that generates the build.

These regression tests can identify big bugs early, so the developer can fix them quickly, while the code is still fresh in the developer’s mind.

Then, as the code moves to test and, ultimately, production, again, a series of automated tests should be triggered: extensive regression testing, verification of its visual appearance, performance, and so on.

It is critical that business users — like a business analyst or a tester in a QA department — have the ability to implement this automation. That is where no-code is so vital.

How does no-code differ from low-code solutions?

Frederiksen: No-code truly involves no code at all. If you want non-developers to use the platform, then you need it to be no-code. Low code can speed up development, but you will still need someone with developer skills to use it.

Which is more beneficial for enterprise and DevOps, no-code or low-code?

No-code allows anyone to automate workflows. Using no-code, developers and technically skilled workers can focus on high-value tasks, and QA professionals such as testers can automate and maintain testing quickly and easily.

Surveys have shown that testing is what slows down the development process the most. If you want to have a serious impact on DevOps, you should really consider using a no-code platform.

Does no-code pose a threat to software and website developers?

Frederiksen: I would argue quite the opposite. No-code has the potential to open up new opportunities for developers. More software is being built and customized than ever before, and yet we are in the midst of an acute developer shortage with 64% of companies experiencing a shortage of software engineers.

Rather than relying on code-based approaches and forcing businesses to search for talent externally, no-code allows companies to harness their existing resources to build and test software. Technical resources are then free to focus on more fulfilling, high-value work, such as accelerating innovation and digital transformation.

Where do you see no-code technology going?

Frederiksen: AI is a powerful technology, but its short-term impacts are slightly overhyped. We believe the challenge limiting the capabilities of artificial intelligence today is human-to-AI communication.

It should be possible to tell a computer what it is you want it to do without having to explain in any technical detail how to do it. Essentially, we need to be able to give an AI the requirements for a task, and then the AI can handle the rest.

We have made a lot of progress on this problem at Leapwork. There is a lot more work to be done.

Conclusion: So above is the Leapwork CEO: No-Code Platforms Democratize Testing Automation article. Hopefully with this article you can help you in life, always follow and read our good articles on the website: Dipill.info 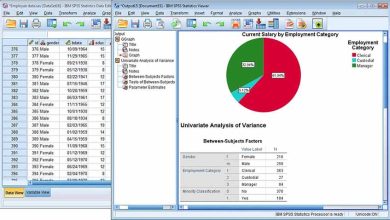 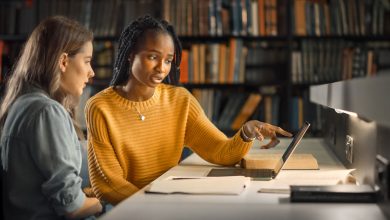 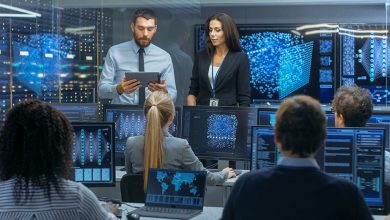 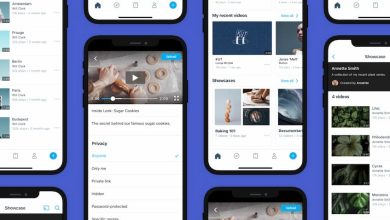 What Is Vimeo App? 4 Suprising Things About This App