Ten months after NASA’s DART spacecraft was aimed at a mini-asteroid, the probe hit the bull’s eye today in a practice round for planetary defense that got an assist from engineers at Aerojet Rocketdyne in Redmond, Wash.

DART — an acronym that stands for “Double Asteroid Redirection Test” — was designed to find out how much impact a projectile could have for diverting a potentially threatening asteroid away from Earth.

ln this case, the object posed no actual threat. DART’s target was Dimorphos, an asteroid the size of Egypt’s Great Pyramid that’s in orbit around a half-mile-wide asteroid called Didymos. Both celestial bodies are on a path that ranges out beyond Mars’ orbit and comes close enough to Earth’s orbit for study. At the time of today’s impact, the double-asteroid system was nearly 7 million miles from our planet.

The mission team clapped and cheered at Johns Hopkins University’s Applied Physics Laboratory in Maryland as near-real-time imagery from the spacecraft’s DRACO camera showed Dimorphos looming larger in the metaphorical windshield. The DART spacecraft body, which NASA says weighed about 1,260 pounds and was roughly the size of a vending machine, struck the mini-moon at an estimated velocity of 14,000 mph.

“Oh, fantastic!” Lori Glaze, the director of the Planetary Science Division at NASA’s Science Mission Directorate, said as the camera went dead. “Now is when the science starts.”

After the impact, APL director Ralph Semmel joked about the spacecraft’s destruction. “Never before have I been so excited to see a signal go away,” he said.

A piggyback probe called LICIACube observed the collision from a safe distance and is due to send back its own imagery over the next few days. And over the next couple of months, observations made by ground-based telescopes as well as NASA’s Hubble Space Telescope and James Webb Space Telescope will track how Dimorphos’ orbit around Didymos was changed by the smash-up.

The effect isn’t expected to be dramatic — perhaps a variation of several minutes in Dimorphos’ 11.9-hour orbital period. Carolyn Ernst, DRACO instrument scientist at APL, said the mini-moon appeared to be a loosely bound rubble pile rather than a solid piece of rock. That could affect how much of DART’s impact was translated into a shift in orbit.

Nevertheless, the data gathered from the DART mission — plus the lessons learned from past missions (such as NASA’s Deep Impact, which involved a comet crash in 2005) and from future missions (such as the European Space Agency’s Hera, which is due to check back in with Didymos and Dimorphos in 2026) — could help scientists figure out the best way to divert killer asteroids like the one that doomed the dinosaurs 66 million years ago.

“At its core, DART represents an unprecedented success for planetary defense, but it is also a mission of unity with a real benefit for all humanity,” NASA Administrator Bill Nelson said in a news release. “As NASA studies the cosmos and our home planet, we’re also working to protect that home, and this international collaboration turned science fiction into science fact, demonstrating one way to protect Earth.”

Aerojet Rocketdyne’s team in Redmond shared in the success by playing a role in building two thruster systems for the DART spacecraft.

Ed Reynolds, DART project manager at APL, said the NEXT-C xenon ion thrusters were turned on for a two-hour test during the cruise. Mission managers detected an unexpected interaction with the spacecraft, and later determined that the thruster system could produce more than 100 amps of current in a rare reset scenario.

“That was something that we had not tested to demonstrate that we could withstand that,” Reynolds said. After analyzing the data, the mission team decided not to use the NEXT-C thrusters again unless DART missed its mark and had to set itself up for a second try two years later, he said.

Fortunately, mission managers didn’t have to go with that backup plan — and now that engineers know about the reset scenario, they’ll be able to accommodate it for future applications of the NEXT-C ion thruster system.

Conclusion: So above is the DART probe hits bull’s eye on an asteroid and strikes a blow for planetary defense article. Hopefully with this article you can help you in life, always follow and read our good articles on the website: Dipill.info 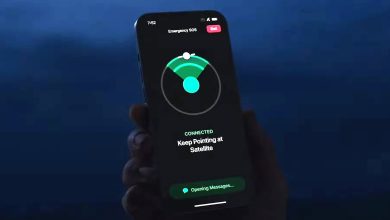 For Apple and other companies, satellites plus cellphones add up to a new frontier 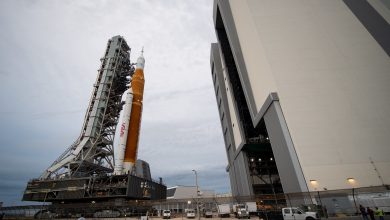 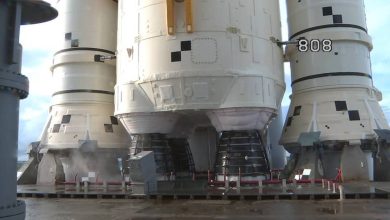 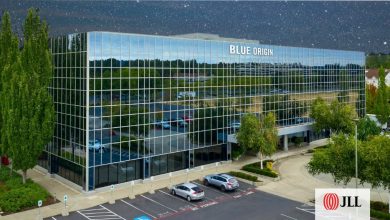